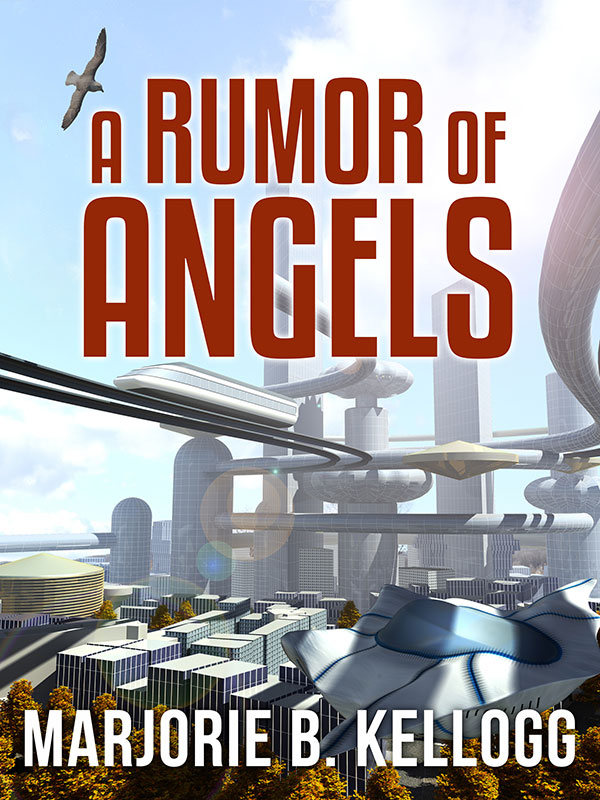 A RUMOR OF ANGELS

The prisoner had survived six years in Earth’s maximum security Wards, but now the big dude from Intelligence was offering a way out: an all-expenses-paid trip to Arkoi, the Eden-like parallel world just a dimension away from urbanized, over-crowded and toxic Terra.

Of course there was a catch.  She would be trained and briefed, and then sent out in search of the truth to rumors of treasure and miracles beyond the rugged mountains walling in the Terran colonial city, a barrier so far unconquered.  Other expeditions had tried.  None but a handful had returned: half-dead survivors who staggered back from the wilderness, incoherent and mind-wrecked, never able to tell their stories.

But bucolic Arkoi could offer an much-needed escape valve and a farm basket for the Terran multitudes.  The rich and powerful were already moving in.  The pressure was building to open up this new and fertile world to Terran expansion.  An indigenous population, the Koi, was seen as only a minor impediment.  After all, there were so few of them…or so they claimed.  But what about those rumors?

And why should one Terran woman succeed where all others had failed?  Because she would be the first to go into the mountains with a “Native” guide…

“Every once in a while, a book by a new writer appears that demonstrates the maturity and skill of an experienced pro.  This is one of them.”  – Publishers’ Weekly