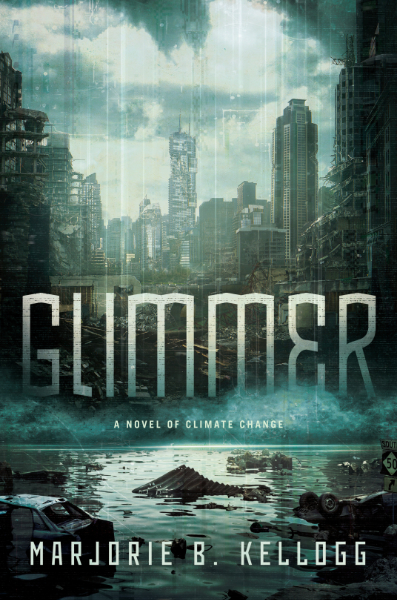 Must ‘survival of the fittest’ always mean kill or be killed?

Perhaps ‘fittest’ has many definitions.

It’s 2110, the Earth’s glaciers have melted, and there’s no climate fix in sight.

As refugees stream inland from the inundated coasts, social structures and national economies are stressed to the point of fracture. Food production falters. Pandemics rage.

Rising sea level and devastating superstorms have flooded much of Manhattan island and wrecked its infrastructure. Its residents have mostly fled, but a few die-hards have bet their survival on the hope that digging in and staying local is a safer strategy.

As the weather worsens, can a damaged population of poor folk, artists, misfits, and loners work out their differences in time to create a sustainable long-term society?

In a lawless city, where the well-armed rich have appropriated the high ground, can an ex-priest find a middle road between non-violence and all-out war? The lives of his downtown band of leftovers will depend on it.

Sheltering among them, a young girl named Glimmer struggles to regain a past lost to trauma. As her memory returns, she finds she must choose who and how to be, and who and what to believe in, even if it means giving up a love she has only recently found herself able to embrace.

“Kellogg expertly lays out her plot, unravelling information at a deliberate pace and keeping readers invested as Glimmer grapples with her identity. The cinematic worldbuilding and wonderfully nuanced characters set this well-rounded eco-thriller apart. This is a winner.”
– Publishers Weekly

Marjorie B. Kellogg: On Climate Fiction as Its Own Genre (interview at Writer’s Digest online)

The Big Idea: Marjorie B. Kellogg (Kellogg’s thoughts on the process of writing Glimmer, on John Scalzi’s Whatever blog)

An Interview with Writer Marjorie B. Kellogg (interview by Ann Brady at Artists & Climate Change website)